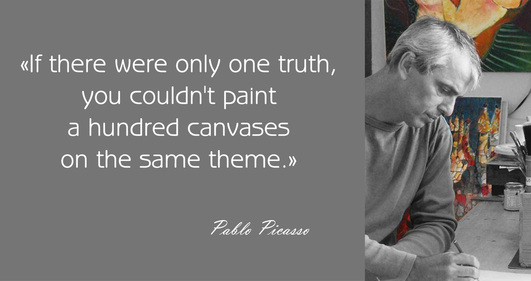 MO was born in Paris in the mid-60’s. He was brought up and nourished in the Parisian artist enclaves of Saint-Germain des Prés as he prepared for “Les Beaux Arts” academy. By the late 80’s he was taking his first steps in painting. His early work was strongly influenced by the surealism of Dali and De Chirrico. Later he discovered Picasso and the spontaneous approach to art in Gaudi’s Barcelona.

With a keen eye for architecture, MO built an interior design consultancy based in Paris. By finding new ways to integrate sculpture and painting he used light and harmony to bring life to his work.  He then felt a deep desire to concentrate on his art, exploring new techniques combining an eclectic mix of materials with painting.


In 2006, he was awarded a first place at the Ecole des Arts et Métiers, specialising in paint finishes. It was then that he realised that even more than being a part of “La Ville Lumière”, he needed space. In the same year, on a trip to Sydney, MO experienced the annual event Sculptures by the Sea. The idea of space and the freedom to work in a natural environment convinced him to settle in Sydney in 2007. He proudly became an Australian citizen in 2011.
His fascination for the female form, it’s curves and lines and the affects of light upon them led him to explore all the possibilities offered by resin - especially the way that gold and silver leaf can be made to meld with it. This inspired him to create a unique collection of jewellery that has been embraced by Art Gallery shops and a growing number of boutiques across Australia.


The natural treasures of the world as well as some creations of men fascinate Mo and appeal to the wide-eyed child in him. Therefore he is always trying to let his artistic progress go from spontaneous vibrations to strong symbolism and poetry. How strange it is also to notice that it is in France that MO had his first contact with aboriginal expression; like a revelation.


MO always rejected the idea of classifying people. More than belonging to a mouvement, he’d rather like to feel as a part of an entire and positive energy. This probably explains the diversity of his work.


After a few years in Malanbar where he was part of Maianbar/Bundeena ArtTrail, Mo now lives in Moss Vale in the Southern Highlands. MO is exploring a new direction, combing resin with gold and silver leaf techniques with acrylic paint on canvas, board and other materials. MO says, “In Australia, for the first time in my life I find myself working in fantastic surroundings. My dream come true. The light is perfect for me and I’m surrounded by mother Nature with all her incredible variety of colours. I feel in complete harmony with life and I am sure that this is what defines my work. Welcoming people in my studio gives me a great opportunity to meet people from all over this great country. It gives me, how you say– a real buzz.”